Are you a property landlord and looking at an HMO Conversion? Do you want to know the difference between co-living vs HMO properties?

Did you know that there are 10 million more people living in the UK today than there were in the year 2000, and that number is projected to go up by at least another 5 million by 2050?

Yet the amount of land in the country remains the same and could even decrease depending on the impact of climate change over the coming decades.

As the population swells, inventive solutions are needed to not only keep a roof over everyone’s head but also to maintain Britain’s high standards of housing and living.

This has increasingly meant designing and building houses in multiple occupation, or HMOs, which tend to be highly functional and practical.

In some cases, these HMOs barely meet the basic requirements of acceptable housing, offering crowded kitchens, cramped bedrooms, outdated facilities and poor energy efficiency. And that’s before we come to their aesthetics.

But does it have to be that way?

Can’t architecture be inventive and design-led, yet also meet the practical needs of high housing numbers of people, often from several households, in the UK’s most significant urban areas?

We believe it can; we have already shown that it is possible and, hence, are big advocates of a co-living vs HMO spaces.

This modern solution to Britain’s housing needs can make the most of limited space while catering to the needs of working professionals and high-end tenants, offering them shared living spaces that – quite literally – don’t cramp their style.

But what’s the difference between co-living vs HMOs? Is it just a snappy alternative phrase, or are there fundamental differences in design between the two concepts?

Let’s take a look at the two terms and see if we can come to some conclusion on which is the better and more long-term solution to Britain’s, and indeed the world’s, future housing needs.

What is an HMO property?

What is a co-living space?

What is an HMO property?

Standing for either “houses of multiple occupancy” or “houses in multiple occupation”, the term HMO began to come into more frequent use as the population grew in the 20th century, and the idea of every “household” having a building of its own became old-fashioned.

One of the first recorded citations of the term is in the Housing Act 1985, which gives the HMO meaning as “a house which is occupied by persons who do not form a single household”.

What is a “household”?

That begs the question – “what’s meant by a household?”

As far as UK housing terminology is concerned, a household can be either a single person or a group. In the case of a group, it will be a family or people living as a family, for example:

So, a group of people who make a conscious decision to live together can be classed as a household, whether or not they are related by blood or wedlock.

HMOs are designed to house more than one household, often meaning individual people who will not even know the people they are living with until they move in together

Although they will then be sharing the same building and address, the occupants will still be classed as individual households.

What makes a property an HMO?

An HMO is an address occupied by three or more persons living as more than one household. Usually, each occupant will pay their own share of the rent to the landlord.

A property like this will usually have individual bedrooms, but rooms like the living room, kitchen and bathroom will often be shared by the occupants.

It doesn’t necessarily have to be a house, as a flat can be an HMO, but it has to be a single property.

A block of flats, for example, is not usually an example of an HMO because each apartment within it will have its own address and often its own facilities, such as a kitchen and bathroom.

HMOs are a style of housing often taken up by students, young workers and people taking their first step into a home of their own – or at least away from their parents.

Why do HMOs get a bad rap?

Sadly, there’s no denying that the use of the term HMO has often been linked with poor-quality housing and landlords cutting corners.

Indeed, the phrase is often said to have its roots in fire safety legislation and efforts to ensure landlords are meeting their responsibilities in buildings where several households are living.

Of course, fire safety should never be forgotten and remains something property builders and owners should never compromise on.

But the responsible and aspirational landlord will have taken care of that already.

He will want to go beyond the basics to attract discerning tenants rather than lower themselves to the more negative associations that come with HMOs.

So, debates have long raged over whether HMOs are a necessary response to a growing shortage of housing or are a case of landlords taking advantage of the increasing gap between wages and cost of living and cashing in on people’s desperation for accommodation.

I can see both points of view, but I believe what we have to move to is a situation where multiple occupancy is enticing and ethical.

At HMO Architect, we want to tempt a new brand of landlords – one with a passion for design and high-quality living – to consider new ways to allow several households to live under one roof.

We can do that through the concept of co-living spaces – a more modern and desirable form of HMO.

What is a co-living space?

A co-living vs HMO, can be seen as a high-end HMO property in layman’s terms.

In a practical sense, it’s still about several households living at the same address, but the style and design of the building are such that it offers a desirable form of living rather than one born out of necessity.

Particularly attractive to working professionals in urban areas, these properties are a step up from the typically sterile grey HMO buildings, with their dank and dated kitchens and bathrooms.

They offer a focus on design and sustainability.

What are the benefits of co-living space?

These risks can be mitigated when you work with someone experienced who’s done 100s of HMO conversions and clearly understand the diference between co-living vs HMO.

Rooms are spacious and innovative, incorporating artistic elements like signage, vibrant colours and rustic materials. The end product can offer inhabitants an environment, not unlike mingling in a bar or art studio.

Obviously, this is an attractive proposition for those who are part of the post-Covid surge of hybrid working. Innovative and creative, these are spaces not just for co-living but increasingly accommodated/designed for co-working too.

Also, frequently an aspect of co-living spaces is the great use of natural light. With energy prices so often in the news of late, together with warnings of climate change, modern homes need to make use of the resources we won’t run out of any time soon.

With full-length windows and consideration given to the sun’s position, modern co-living spaces can allow maximum sunlight without sacrificing energy efficiency or security.

Co-living spaces are ideal for landlords and property owners who want to immerse themselves in ethical, design-led concepts while benefiting from attracting high-end tenants.

While all our HMOs offer excellent quality, co-living spaces are going the extra mile to provide a special type of accommodation and attract a specific niche of tenants.

That means young professionals with money to spend and pride in where they live – people who will look after their homes, pay their bills and stay on top of their rent payments.

It makes for an especially attractive prospect for portfolio landlords too. By working closely with an architect, those with several co-living spaces to offer can get across their preferred designs, materials, and concepts to be incorporated throughout their range.

This helps foster a distinctive appearance across a portfolio of properties and can be the backbone for a recognisable brand of co-living spaces.

“Co-living is an evolution of the terminology HMO, after a period of low-quality HMOs and people sharing spaces, we are moving forward to a high-end HMO, designed to foster tenants with professional jobs and appreciation for interior design and different services.

For the landlord, it means an increase of demand, incomes, and attraction of better tenants.”

We’ve discussed the difference between co-living vs HMO spaces, but the answer “better” depends entirely on the landlord.

The market needs basic HMOs and high-end co-living spaces, and some landlords will look for purpose-driven accommodation while others will look more towards style and individuality.

For the latter group, what is certain is that as we all acclimatise to the new normal of hybrid working, it’s time to usher in a new era of co-living vs HMO – one led by design rather than functionality.

As the UK housing market continues to change, we welcome the challenges it conjures up for architects and is keen to listen to both what landlords and tenants are looking for when it comes to shared living.

If you’d like to talk to an architect that’s helped convert 100s of HMOs in various councils across the country, please get in touch.

We’d love to help you. 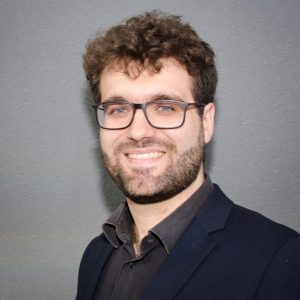 Originally from Siena, Italy, Giovanni worked as a Project Lead Architect at Foster+ Partners, designing Apple stores across the world,

An HMO Investor himself, Giovanni understands property thoroughly, both from an investor's perspective and technically, as an Architect.

With over 15 years of HMO development experience, working on over 150+ HMOs and a 95% Planning and Building Regulation success rate, Giovanni has the expertise and credentials to help you on your HMO journey."

Other Recommended Articles For You